I tried Reese Witherspoon’s favorite fall cocktail, and her autumnal take on the Aperol spritz is the perfect drink for Thanksgiving 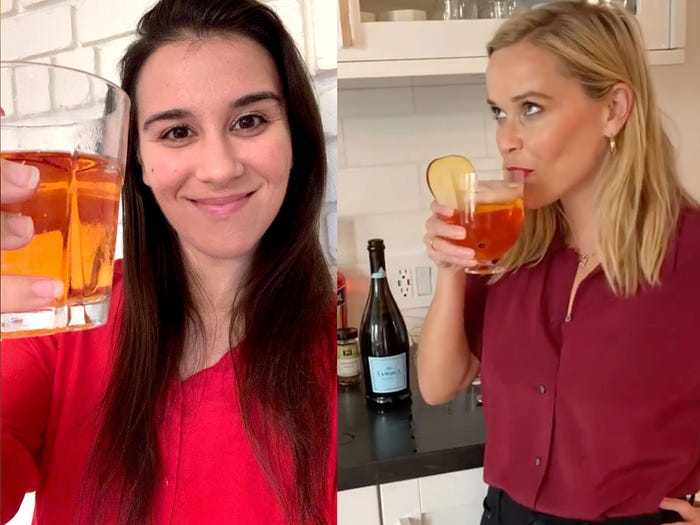 So you've prepped your turkey, planned your sides, and decided which Thanksgiving desserts will share the spotlight with that classic pumpkin pie.

But no Thanksgiving dinner would be complete without a cocktail, and this year I decided to get some inspiration from Reese Witherspoon.

The “Little Fires Everywhere” star recently demonstrated how to make her favorite Fizzy Apple Cider, which gives an autumnal twist to the summery Aperol spritz.

Morrisons launches new food box with recipes that feeds a…

I tried Witherspoon's drink for myself this week and discovered that it's the perfect cocktail to go with my Thanksgiving feast.

Reese Witherspoon delighted fans when she demonstrated how to make her favorite fall cocktail last month. 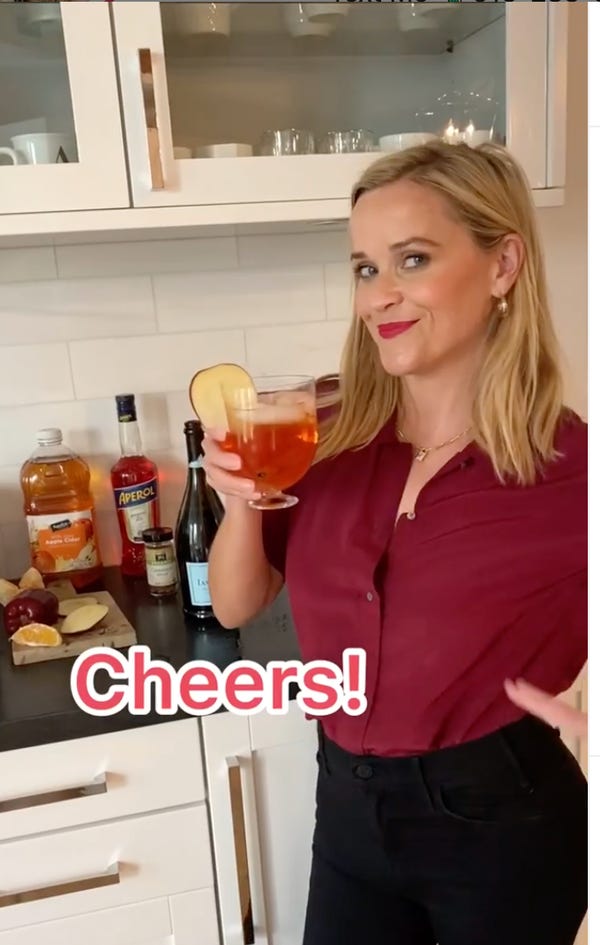 While Witherspoon may be known for her acting career, she's also a cookbook author. She often shares her lifestyle expertise on Instagram, even inspiring me to try out her daily breakfast smoothie.

In October, Witherspoon posted a quick tutorial for her Fizzy Apple Cider drink.

“Perfect for fall and pairs well with just about any dance move,” she wrote in the caption of the video, which has received more than 403,000 likes at the time of writing.

And top NYC mixologists told me that Witherspoon’s recipe was a slam dunk. 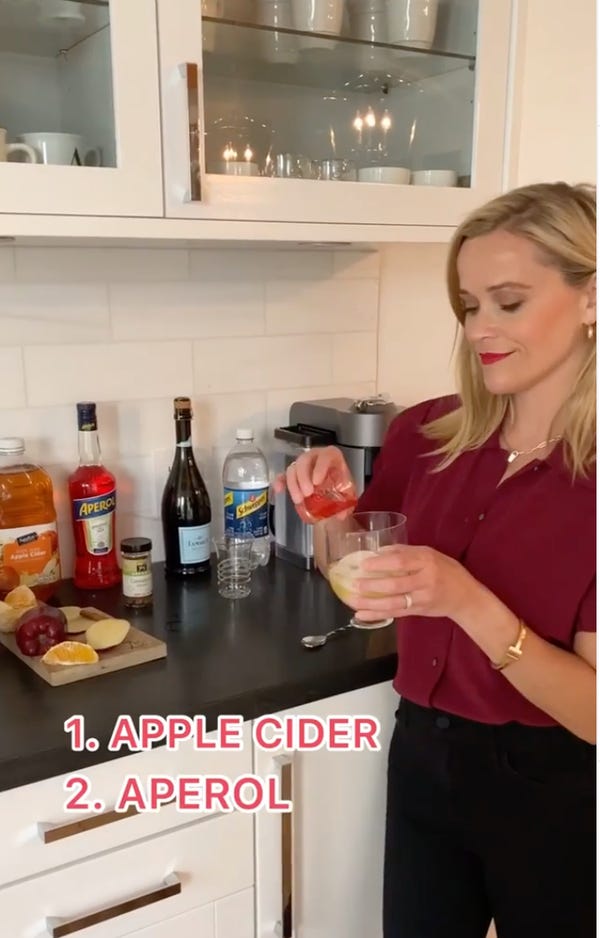 They did have a few tips to make it better, but we'll get to that a little later.

Witherspoon was clearly onto something with her autumn Aperol spritz. It was time to take her recipe for a spin. 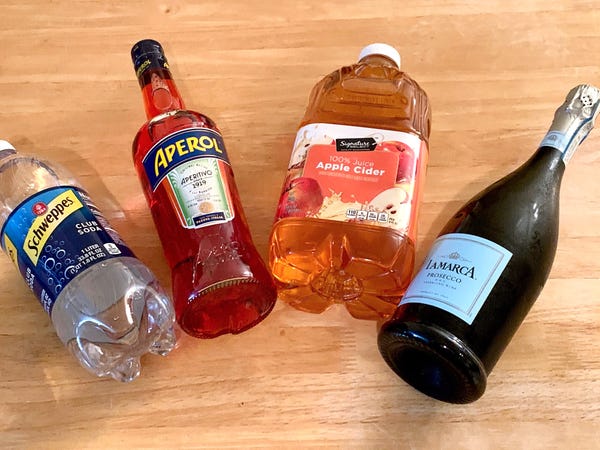 The drink is made with apple cider juice, Aperol, club soda, and prosecco.

I decided to first test Witherspoon’s basic recipe, which doesn’t actually come with any specific measurements. 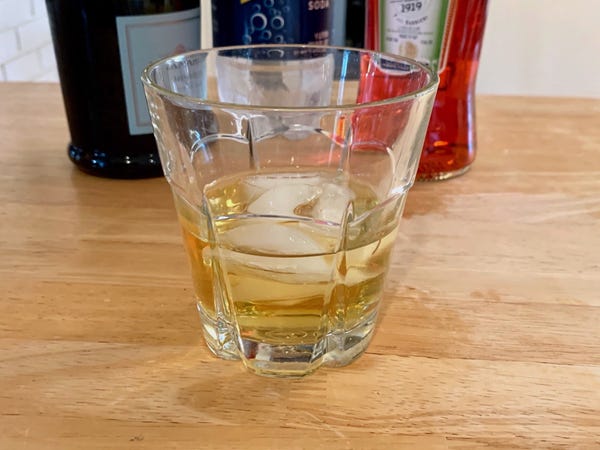 Witherspoon doesn't specify how much apple cider, prosecco, or club soda to add to her drink. So I figured I'd just try and guess the amounts from watching her video.

I filled a glass with a few ice cubes and first poured the apple cider juice. Witherspoon appeared to use about half a cup, so I followed suit.

Next up was the Aperol. 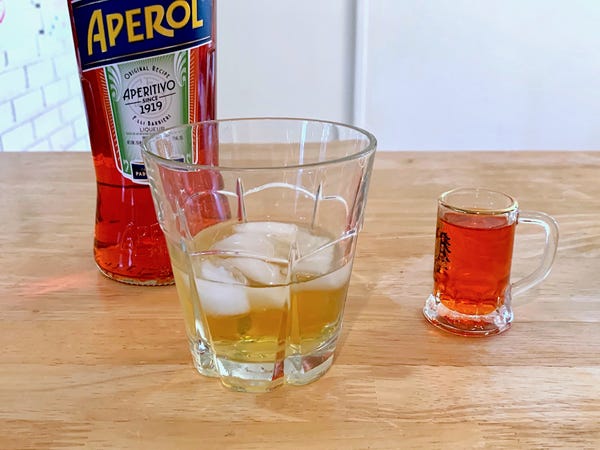 This was the only step where I knew exactly how much I was supposed to use, as Witherspoon clearly pours a single shot of Aperol into her drink.

Then I added just a splash of club soda and topped everything off with some prosecco before stirring my drink. 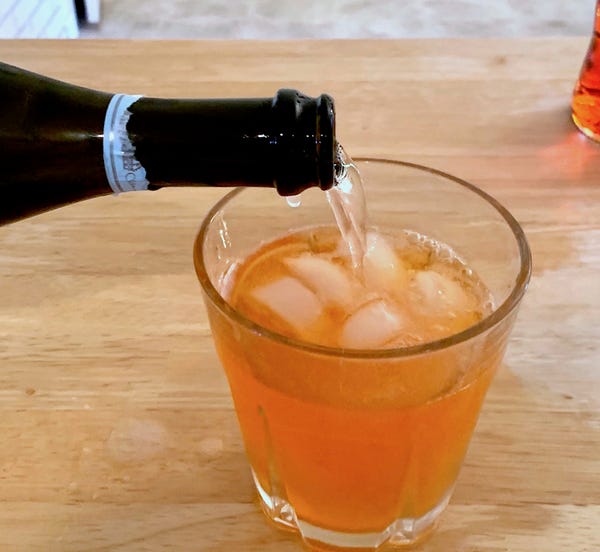 I may have been a bit generous with this last step. A little extra prosecco never hurt!

I added an apple to the rim of my glass, just like Witherspoon did, and took my first sip. 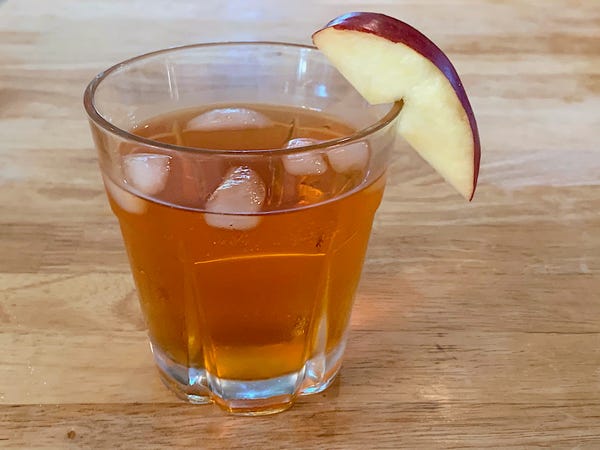 I've never been a big Aperol fan, so I wasn't expecting to be a huge fan of this drink. I tend to avoid cocktails with bitters and just go straight for the spicy margaritas.

But I was pleasantly surprised by the taste of Witherspoon's Fizzy Apple Cider. The Aperol wasn't overpowering at all — I could barely taste it! The apple cider gave the cocktail a really nice fall flavor, and I loved the bubbly kick from the prosecco. I could easily drink more than a few glasses of this at the Thanksgiving table.

The drink was sweeter than I expected, but when I had my family test it out as well they were all big fans. My mom loved the drink's “holiday color,” while my dad thought it tasted like “apple juice with champagne.”

But the drinking had just begun. I also wanted to test out the mixologists’ tips to see if I could make Witherspoon’s cocktail even better. 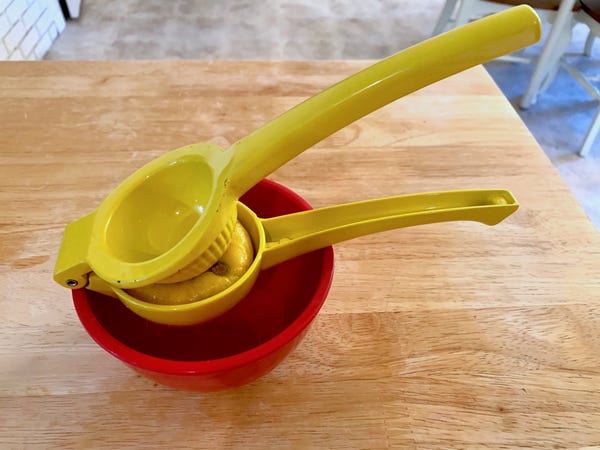 I decided to follow Lucas and Boase's tips for my second version. They recommended adding a splash of lemon juice to help “balance out the cocktail” and “add a brilliant tart finish to the drink.”

Lucas and Boase also suggested skipping the club soda entirely and just adding more prosecco for a “classier kick” that would still achieve the same texture. More prosecco definitely sounded good to me!

So I juiced half a lemon and decided to see if I could make more cocktail magic happen.

I stuck to the same measurements I used for my first drink, but skipped the club soda and added more prosecco and a splash of lemon juice as recommended. 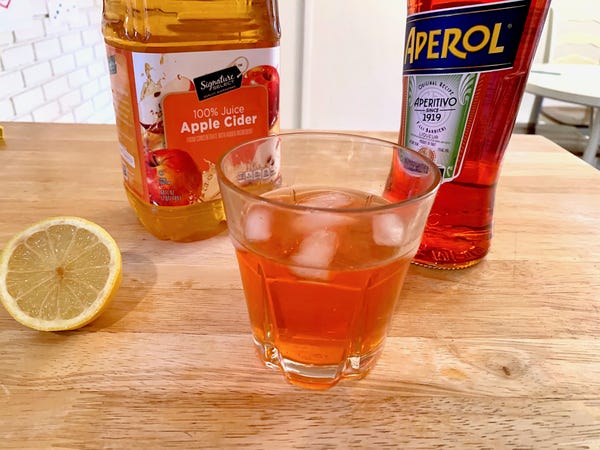 After just one sip, I knew I loved the second drink even more than the first. The cocktail tasted a lot more balanced to me, and a bit more of the Aperol came through. It wasn't bitter like I had expected; it just felt more well-rounded.

My parents, though, love a sweet drink. Both said they were still bigger fans of Witherspoon's version.

For my third version, I decided to follow Reznikov’s recipe, which had actual measurements. 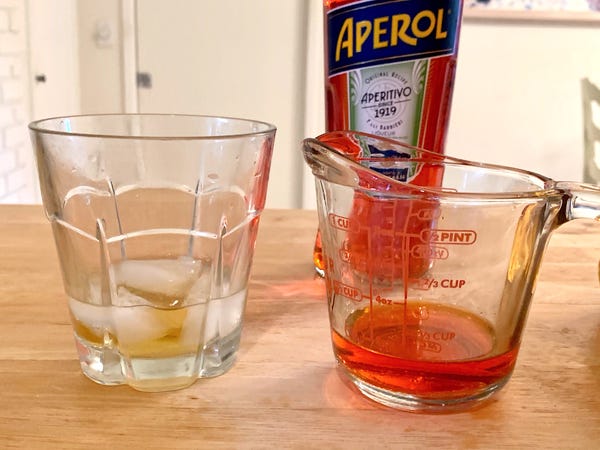 Reznikov told me it's important to make sure that you don't use more apple cider than Aperol in your drink. He also recommended adding at least three ounces of prosecco with “a heavy splash of seltzer to cut all the sweetness.”

So I followed his recipe to a T, first adding a little less than 1 ½ ounces of apple cider to my glass. Then I threw in 1 ½ ounces of Aperol to the mix.

I topped everything off with three ounces of prosecco and a heavy splash of seltzer before taking my first sip. 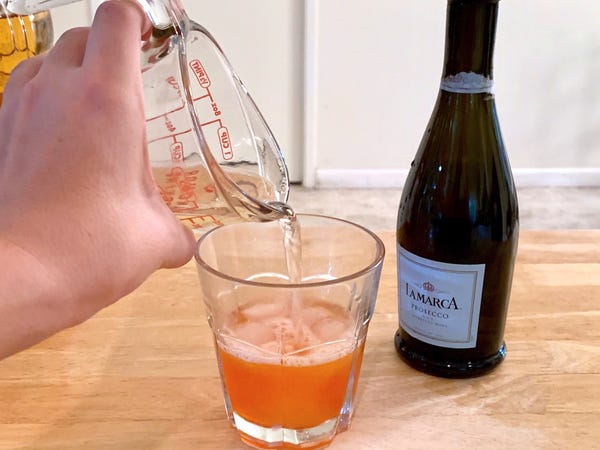 I could definitely taste the Aperol in the third version of this drink, but was surprised to find that it didn't overpower the cocktail.

The prosecco, though, shines far more than the apple cider — which disappears a bit in this version.

Overall, I thought all three versions of Witherspoon’s cocktail tasted great — it just all comes down to preference. 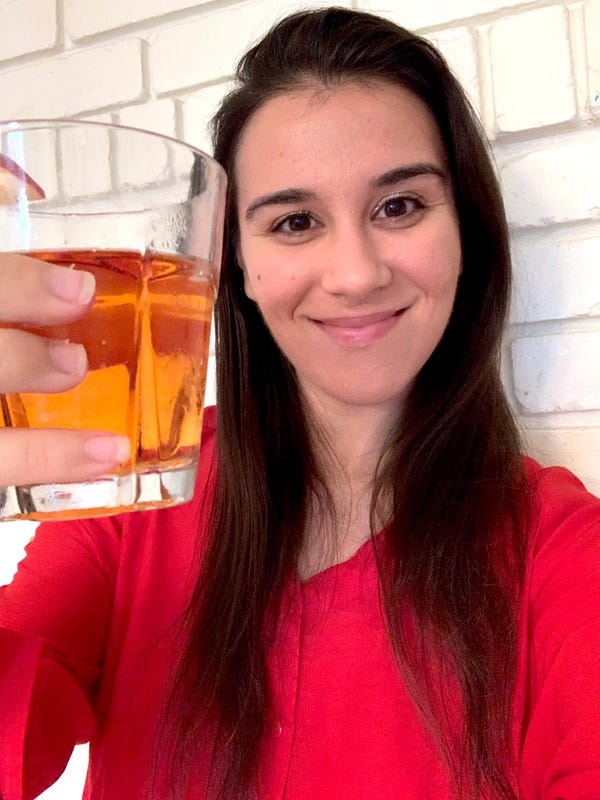 If you love a sweet drink, especially during the holidays, I would go for Witherspoon's original recipe. The apple cider really shines, and the cocktail is super fun and sweet.

When Thanksgiving rolls around on Thursday I'll personally be going for version two, which is just a tad bit more balanced for my taste. But if you're looking for something with a little more heft, then version three is definitely your best bet.

Whichever recipe you decide to go with, I can guarantee you'll enjoy it.

Get to Know the New 'Gossip Girl' Cast

Lionel Messi did not show up for FC Barcelona training…